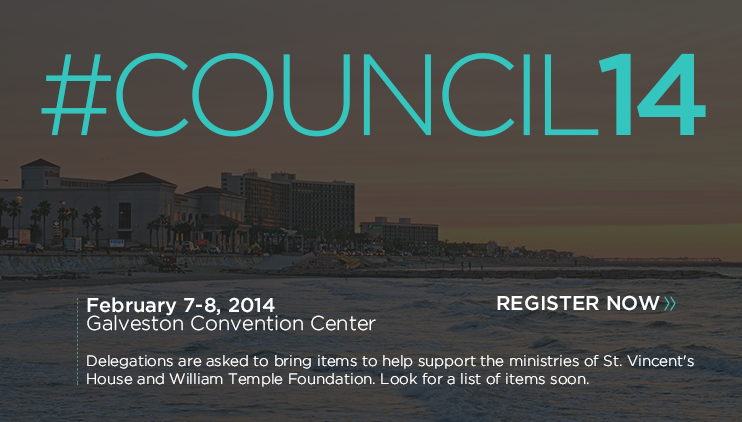 As one of the churches in the Diocese of Texas where our current bishop served, St. Francis, College Station, continues to reflect the values of its patron saint, encouraging deeper understanding of creation theology and a call to serve others in the name of Christ.

St. Francis held its first worship service in Advent, 1983. The Rev. Jeff Schiffmayer served as vicar and the congregation met in schools for five years before moving to its present six-acre campus. The building, designed by parishioner Jim Holster, won awards from the American Institute of Architects for its open and inviting configuration.

The Rev. John Williams became vicar in 2006 and after 26 years as a mission (with a subsidy from the diocese), St. Francis was granted parish status at the diocese’s 2009 annual Council, making Williams the first rector of the parish.

Members of St. Francis have been instrumental in establishing and incorporating the Brazos Food Bank and the local chapter of Habitat for Humanity. They extend the ministry of the parish beyond the walls of the church, participating in numerous local and global outreach initiatives. St. Francis understands itself to be an incarnational community, seeking to be intentional about their call to extend God’s radical welcome to everyone.

Diocesan Council is the annual business meeting of the diocese held every February.

Forms Required Prior to Council:

Reports Due Prior to Council Brochure

The Brazos County Expo Complex is located on more than 150 acres just west of Bryan in the heart of the Brazos Valley. The complex has state-of-the-art amenities and equipment, well-lit parking areas with more than 1,400 spaces, 32 RV hook-ups, wireless Internet connectivity, and a professional staff. Parking is free.